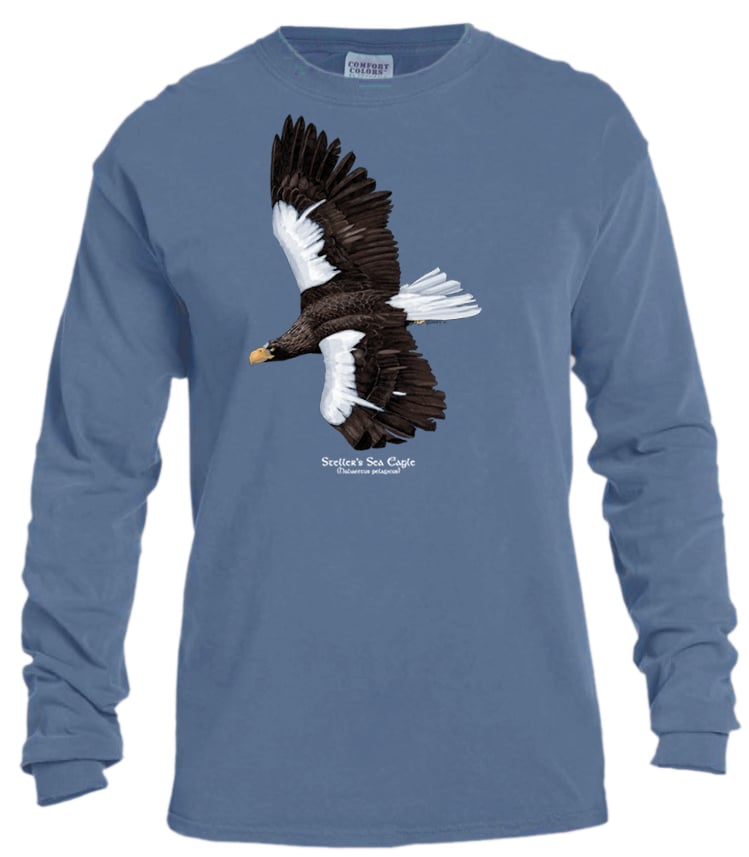 In honor of the majestic wandering Sea Eagle who has set up temporary residence in mid-coast Maine, we offer this dynamic new image of the bird of the decade.
Steller's Sea Eagles are native to northern Japan and Russia, so it was unexpected when one appeared in 2020 in Denali National Park in Alaska. Even stranger, one was seen in Coastal Texas in spring of 2021, then in New Brunswick, Nova Scotia and Quebec during the summer. A unique white marking on the left wing connected this bird as the same one seen in Alaska. Birders were overjoyed when the Sea Eagle was spotted in southern Massachusetts in mid December of 2021, then to disappear for a few weeks and reappear in the Georgetown-Boothbay region of Coastal Maine. Where will it go next?
This image was hand drawn by me, based on various sketches (drawn in the field) and reference photos and screen printed here in Maine on 100% cotton blue jean colored garment dyed long sleeve shirts. Features the 'North American Tour' locations on the back.